What does “fair” mean when you’re splitting finances? 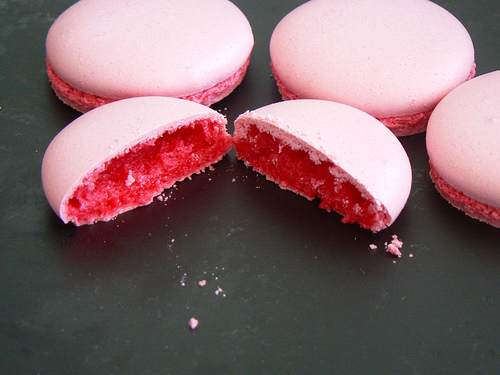 Yesterday I was contacted by a previous client (let’s call her Anna) who I hadn’t spoken to for about 10 years. When we last worked together, she needed a mortgage for herself and her partner (let’s call him Jack) to buy a new property.

I initially thought Anna was phoning to discuss remortgaging and was about to tell her I no longer advise on mortgages.

She did want mortgage advice, but she wanted to remortgage her current property since she and Jack had now separated.

They had never married but had been together for 20 years and had 2 children, who are both still at primary school. Anna is currently living in the property and Jack has moved out.

Anna’s initial thought was that the value of the house should be split equally, and she would owe Jack 50% of it. She needed to understand would she be able to get a mortgage for that amount.

When I started asking her what other amounts they each had, for example, pensions and investments Anna had no idea what Jack had since he had always kept that information very private.

But more importantly from my point of view Anna did not believe that was relevant to the discussion since Jack had earned it and therefore in her view it was his money. Her comment was that it wouldn’t be fair for these amounts to be taken into account when discussing how to split the house.

She wanted each of them to be fair in their discussions and to her this was not being fair.

Anna had been a stay at home mother for 8 years. Although she had now returned to work, her earnings were significantly lower than they would have been had she worked throughout that 8 year period.

There were several promotions she was likely to have had, and interesting projects she could have worked on that would have progressed her career.

So, the money she’s lost out on by not working is more than just the income she could have earned during that period.

Her earnings now are lower than they would have been had she been working all that time. She is the primary carer and the children live with her other than every 2nd weekend, which they spend with Jack.

As a result, she is working 4 days a week to allow herself one day to try to catch up with all her household tasks. She will also turn down certain roles and projects since they don’t fit in with her need to leave work promptly.

Jack meantime has seen a significant increase in his earning capacity. Whilst she was a stay at home mother, he was able to accept all roles that came his way that he was interested in and would advance his career without having to consider child care issues.

A number of his roles took him overseas for 2 weeks at a time. There is no way he could have done this if Anna was working, and they shared childcare.

It took me some time to encourage Anna to think about how her role as primary carer rather than earner had significantly helped Jack to improve his earnings.

If they had been married his pensions, investments, savings etc. would be considered in determining the financial settlement.

To me, they have been together for 20 years, have 2 children together and to all intents and purposes had acted as a married couple. They don’t have a piece of paper to prove that legally they were married and therefore Anna has a lot less financial protection than she would do if they were married.

Suffice to say that at the end of that call I had given Anna a different view of how maybe their finances could be split. Since she doesn’t have the legal protection of being married, it will come down to what they can agree between them.

I confirmed I was happy to meet with her on her own, Jack on his own, or the 2 of them together to help them look at a “fair” split, that worked for both of them.

At this stage, I suspect Jack’s idea of what is fair is very different to mine. And if so, I understand his thinking. But he does need to consider what amount he would have in his savings and pensions if they took joint responsibility for childcare and he had to always consider this when he was looking at what projects he could take on in his career.

It will be interesting to hear Jack’s point of view if he requests a meeting.

If you have issues regarding splitting finances with your spouse, please do email me on mary@wealthforwomen.biz