Women losing out on pensions on divorce 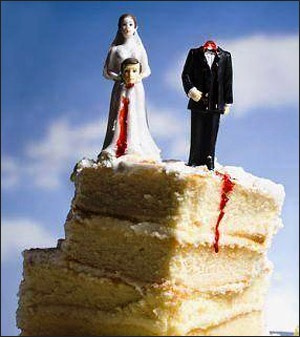 There were some rather shocking headlines last week regarding women losing out on pensions when they divorce.

This was all sparked by an Age UK report. The report stated that is should be “the norm” for private pensions to be considered as part of the divorce process and, wherever possible, divided fairly between spouses.

In my view all the press hype was purely for the headlines, because in fact women are already fully protected in getting a share of their husband’s pension.

On divorce, all assets (including pensions) are put into the pot and considered to be a joint asset. The report appears to be suggesting there is no necessity to include a pension in the settlement calculation. This is totally wrong.

The only time I would agree with this headline is that if couples settle finances themselves without talking legal advice, then potentially a pension (or several pensions) could be missed out of the calculation in error.

If you do intend to calculate your divorce settlement directly with your spouse, do make sure that before final agreement you have at least one session with a solicitor who will review your figures and comment.

It’s never a good idea to do the whole process without contacting a solicitor at some point. You are totally unaware of what a reasonable settlement is for your circumstances. Don’t be influenced by what friends tell you they received. Their circumstances may have been very different to yours.

Don’t assume all solicitors are aggressive and want a long drawn out argument in court. This couldn’t be further from the truth. Yes, of course some solicitors do favour this approach. But a short phone conversation with a solicitor will soon help you to determine how they can help you.

Solicitors have, what may often appear to be, very high hourly rates. But bear in mind this is your one chance to get a decent settlement. Even if your solicitor does not suggest a different figure to what you have agreed with your spouse, you will then have the peace of mind your settlement negotiations with your spouse have come up with a fair split of assets. This has a value on its own, for the peace of mind it gives you.

Newspapers love a shocking headline. And love to suggest solicitors charge a fortune without doing a decent job in return. In fact, I was contacted by Channel 5 to discuss this report, and they totally lost interest in anything I had to say when I wasn’t willing to buy in to the “solicitors don’t do a good job”.

Scottish Widows run an annual Women and Pensions report where often over 70% of women say their husband’s pension wasn’t considered for the divorce settlement.

There are a number of ways to split a pension.

Chances are it was discussed, and the split agreed. However, due to the magnitude of all the emotions happening at the time she’s forgotten the details.

My overriding advice is always to take legal advice when splitting finances with your spouse/ partner. If you want to do much of the work yourself with your spouse, that’s fine. But before final agreement go to a solicitor and ask their view.

If you have a query about your finances on divorce please do email me at mary@wealthforwomen.biz and we can discuss.