Changes to the State Pension 2016. What it means for you. 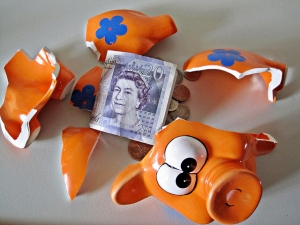 With effect from 6th April 2016 a number of changes are taking place with regard to State Pension.

Therefore those who will be affected are:

In brief, the changes are:

The current pension system comprises a basic flat rate pension plus additional state pension (ASP) which is dependent on the individual’s National Insurance (NI) contribution record. From April 2016 this will be replaced by a flat rate pension.

The level of the flat rate pension will be set later this year and will be worth at least £148.40 a week.  This compares to a current basic rate pension of £115.95 per week.

So this looks like good news for everyone. But a few other points to take into account before you start rejoicing at the higher figure.

National Insurance Contributions required to get the full state pension

Under the current scheme, you need to have paid or been credited with 30 years’ worth of National Insurance Contributions to receive the full pension. For an NI record of less than the full 30 years your pension is pro-rated by 1/30th for each year below the maximum.

Under the new scheme rules this figure increases from 30 years to 35 years.  As now, any years less than the maximum will pro rate the full pension. However, unlike now, you need to have a minimum of 10 years’ worth of NI to receive anything. If you have less than this you receive nothing at all.

This change will impact on non-working spouses, who unless they pay voluntary contributions, are highly unlikely to get near to the 35 year figure.

Under the current rules, if an individual does not have sufficient NI contributions in their own name the NI record of their spouse or civil partner can be substituted for their own.  This often happens on divorce so that the non-working spouse can achieve entitlement to a full pension.

Under the existing rules you can defer claiming state pension and then choose either a lump sum (taxable) or weekly pension increased by 10.4% per annum. Under the new rules there will be no lump sum option. The weekly pension will increase by 5.8%.

What does this mean for you?

I recommend you obtain a pension forecast to confirm whether you are on track for a full pension. You can download a form here to print and post.

If you are not on track to receive a full pension consider making voluntary contributions.

If you are going through divorce ensure you review your respective state pension entitlements as part of your discussions. Using current annuity rates the flat rate pension would be worth circa £170,500 if you wanted a lump sum to provide the equivalent pension. Therefore if one party is eligible for a full state pension and the other party is not, this needs to be taken into account in the discussions.