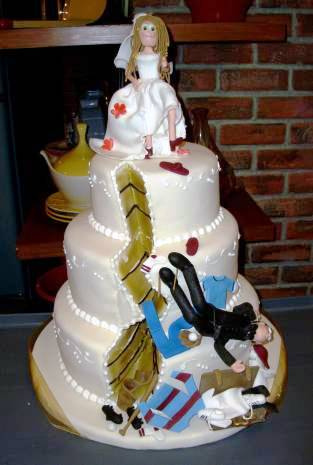 Therefore, for a spouse with no retirement provision, overlooking his or her soon-to-be-ex’s pension could prove costly.  Factor in many stay-at-home parents’ gaps in state entitlement and it’s clear pensions have never been a more important consideration for divorcing couples.

People experiencing divorce often prioritise the house thinking they will be able to move somewhere smaller and realise some capital later. But moving from, say, a 4-bed to a 3-bed will usually not generate that much cash once the costs of moving are taken into account.

Under today’s flexible pension rules, anyone with a private sector defined benefit, also known as a final salary scheme, can demand a cash transfer and if they are 55 or more, obtain what could be a considerable lump sum.

Based on how transfer values from defined benefit pension schemes are calculated, the transfer value of a defined pension may be more than 30 times the annual income. So, if your other half has built up a final salary pension of just £7,000 a year, it could be worth more than the average UK house price of £222,000 recorded at the end of 2016. Someone with £30,000 of final salary pension could be sitting on an asset worth £1m. This shows just how valuable the pension is. It’s very easy to discount the importance of a payment which may not be available to you for a number of years in the future. But when you understand the current value of that income, you then realise how vital it is for you take a share of that value, rather than have all your share of the joint assets tied up in a house.

Courts can make an order that a pension is split, with part of the benefits transferred to the other party in the divorce. Splitting a pension and then transferring it into a defined contribution plan can, in some circumstances, be an efficient way to generate revenue for a non-earning party who could receive £11,000 tax free per year from the DC pension pot if they are over age 55 This compares to the 40 per cent tax the main breadwinner might pay on pension withdrawals. It’s all about maximising the value of what’s in the joint pot. Money that comes to you or your ex-spouse in the future rather than going to the taxman has to be worth investigating.

The Office of National Statistics data also finds that some 42% of marriages are destined for divorce, and that half of these divorces are expected to occur in the first 10 years of marriage.  This does underpin the importance of prenups and postnups, especially in situations where one or both spouses have substantial pre-acquired assets.

A properly drawn up prenuptial agreement will not be a cheap option and the additional expense, on top of all the wedding costs, may be very unwelcome. However, the legal costs of a prenuptial agreement are likely to be much less than the costs that would be incurred by having an acrimonious divorce, involving a protracted dispute about financial matters.

According to the statistics, the majority of divorces in 2015 where a decree absolute was granted were petitioned by the wife (62%).  Essentially, both case law and divorce law now make it much easier for a non-earning spouse (very often the wife) to get a fair share of the assets on divorce.  This is likely to have increased the number of women getting divorced.

For those of you who would like to read the full report you can access it here: