How rich are you? 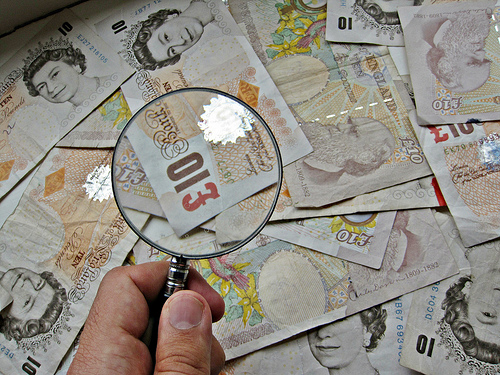 I had a meeting with a lovely client recently. Let’s call her Janet.

Janet and her husband (let’s call him James) had received a large cash sum following the sale of their business. They needed advice as to how best to invest their money.

However, what they needed much more than this was the knowledge as to how long that cash sum would last. James was still working in the business and would continue to do so for the next two years. Further cash sums would be paid during that period as part of the purchase price.

However, after that date the plan was that they would both stop work and enjoy early retirement taking some luxury holidays.

The question Janet asked me was “How rich am I?”. On the one hand, Janet felt quite rich, but she also had concern for the future since they had large spending each year. She recognised they had a large amount of money in the bank and some further sums to come. However, they were only in their early 40s so the sum of money had to last them a long time if there was no further income coming in.

The exercise I did with Janet and James was to look at what their spending was now and what it was likely to be in the future.

It included education costs for her two children and in an ideal world she wanted to be able to give each of them sufficient funds for a deposit for a house purchase when they were 28.

I used the information to show her via my software system exactly how long her money would last.

Astonishingly for her, the first scenario I worked on with them showed her they would run out of money in their mid 60s. So although she did in many ways have a large amount of money and should have felt quite rich, compared to her spending pattern, she was actually quite poor.

We looked at a number of different scenarios.

The first thing we did was take out the gift to the children for a deposit for a house. The only way this would be possible would be if they downsized their house to release further funds. She didn’t want to work with this scenario at the minute (having spent the last year doing it up and making it her ideal family home). However, she kept it at the back of her mind that when the children reached that age it was an option open to them.

I then wanted to amend her holiday budget since this was by far the largest figure in her expenses budget. She resisted this for a long time since she stated that although at a future age her children probably wouldn’t want to come on a family holiday, she and James would then be able to take more holidays since they were no longer tied to school terms.

We made various other amendments to her budget at her suggestion but no other number was big enough to have sufficient impact.

The net effect of all this was that after all the changes we did come up with a plan that worked financially and that both she and James were happy with.

It didn’t give her the holiday budget she wanted and it didn’t give her the ability to assist the children on the property ladder. But she knew that this would be possible if she downsized at a point in the future. It would also be possible if either she or James continued to earn and we looked at a few scenarios as to how much they needed to earn and for how long to be able to meet their ideal spending plan.

So the answer to the question “How rich am I?” is “depends on what you are spending”. I have worked with ladies who have significantly less money than Janet. But the difference is their spending is lower so in relative terms they are richer than she is.

The only way to answer this question is to do the exercise I went through with Janet. Charting exactly what money you have now, what’s likely to be coming in in the future, and what your spending is both how and in the future. This will then tell you exactly when you will run out of money based on the assumptions used. It’s the most fantastic bit of software and even having used it for several years I am still excited about the result I get each time and the fact that we can come up with a plan that works. It may not be the plan you would like ideally but in most cases the knowledge and security you have from the plan can outweigh the upset that you’re not quite as rich as you thought.

If you’d like to discuss with me how this may be applicable to your circumstances, please call me on 01932 698150 and we can discuss it.