Relocating children to another country on divorce 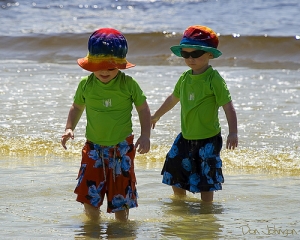 What is meant by international leave to remove?

An application for leave (ie the court’s permission) to remove a child from the UK to live in another country arises when one parent wants to move abroad with the children following the breakdown of a marriage/relationship and the other parent objects to the proposed move. When the parents are unable to agree, the court will decide what should happen on their behalf. This is known as “leave to remove”.

These cases are often very distressing and difficult for all concerned involving, as they often do, two loving parents who happen to disagree about whether it is in the best interests of the children to remain living in the UK, or to move abroad, after the breakdown of the parental relationship.

Court proceedings for leave to remove should be seen as the last resort. Such applications are very stressful, expensive and destructive of future cooperative parenting arrangements. You should do everything you can to try and agree matters with the other parent and listening to their position. If face-to-face discussions directly with the other parent seem too daunting, it can be helpful to talk matters through in mediation with the other parent and a family mediator who is experienced in dealing with international relocation. Collaborative law can also be a helpful way of dealing with the difficult issues that arise, in a non-confrontational way.

The current law and guidance on leave to remove

No parent may remove a child permanently from the UK without the written consent of the other parent (and/or any other person who has legal parental responsibility for the child) or the leave (permission) of the court. This is so, even if the other parent does not have parental responsibility for the child because interference with a parent’s “rights of custody”(which need not include daily care and control of the child) will amount to child abduction, which is likely to result in an order for the summary return of the child to the UK under the Hague Convention on Child Abduction 1980 and will usually also be a criminal offence. Similarly, remaining in a foreign country with your children after the end of an agreed holiday will amount to a wrongful retention, which is also actionable under the Hague Convention 1980.

The important distinction between legal Principle (which must be followed) and Guidance (to help the Judge to decide the case but which is not binding on him/her) in leave to remove cases:

There is only one legal principle applicable in relocation cases: that the welfare of the individual child concerned is the court’s paramount consideration (“the Welfare Principle”).

All the options put forward by the relocating parent (nearly always the children’s mother) must be weighed against the competing options of the other parent (nearly always the father). In particular there must always be an analysis of the potential benefits to each child of the relocation to the new country measured against the erosion in the quality of the children’s relationship with the parent who will be left behind in the event of the relocation.

The Welfare Checklist factors are as follows:

Different weight will be attached to the different Checklist factors, depending on the particular circumstances of the case.

Judicial guidance from previous Court of Appeal decisions, including Payne v. Payne in 2001, is still relevant to help judges identify the most important factors to be taken into account in deciding the welfare question, the weight to be attached to them and to promote judicial consistency in decision-making, but not so as to dictate a particular outcome to the case. Each case must be decided on its own particular facts and the judge hearing each case is entitled to decide the extent to which the Payne guidance assists him or her.

The court’s emphasis on the importance of “the emotional and psychological well-being of the primary carer” in Payne, as interpreted in subsequent cases until 2011, meant that a primary carer (mother’s) application for leave to remove would usually succeed unless her relocation plans were ill thought out and/or or she was motivated by the desire to obstruct the children’s relationship with their father.

Now, no assumptions are to be made in favour of a parent seeking to relocate the children abroad and consequently the left behind parent is more likely to be successful in opposing the relocation than used to be the case.

The outcome of applications for leave to remove tend to be much more finely balanced and difficult to predict than before, which underlines the importance for parents obtaining expert specialised legal advice in relation to international relocation cases.

Whether you are a parent seeking to relocate your children or are opposed to the children moving abroad with your former partner, researching and preparing your case thoroughly in support of or against the proposed relocation will be key to your success, or otherwise. The role of your lawyers will be vital in the presentation of this information, so as to give you the best chances of success in the court process. International leave to remove/relocation of children is a very specialised area of family law. In order to have the best chance of success you are strongly advised to consult solicitors with particular expertise in this area.

If you cannot agree matters with the other parent and court proceedings are underway, a detailed statement will need to be prepared by your lawyers in support of your case, including some or all of the following

If you are a parent seeking to move abroad with your children:

If you are a parent opposed to the children relocating abroad, your statement should deal with issues such as:

For more information and advice in individual cases about international leave to remove, you can contact me by email: maeve.ohiggins@burlingtonslegal.com or by telephone:  0207 529 5420

Please visit our website on international/relocation of children leave to remove http://www.leavetoremove.info/