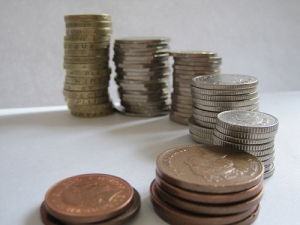 The financial settlement is a separate process to the dissolution of the marriage. Although they are often done at the same time there is no legal mechanism to compel people sort out their financial matters with the divorce.

One party can force the other to sort out financial matters by making a court application but not simply by starting the divorce.

It is possible to agree the financial settlement without going to court. Other Dispute Resolution methods are mediation, collaborative law, arbitration and negotiation.

Since the court has wide discretion in applying law, it is better to agree your own arrangement where possible and avoid the delay, costs and uncertainty of a court hearing.  Infact since April 2011 there is a requirement that anyone wanting to go to court should attend a meeting with a mediator to consider other options. This meeting is called MIAMs- Mediation Information and Assessment Meeting.

If you cannot reach agreement by this means or it’s not appropriate to try you apply to the court to agree a financial settlement.

Information is exchanged via Form E, which must be filed no later than 5 weeks before the FDA. Each party swears they have made “full, frank and clear disclosure” regarding their financial and other relevant circumstances.

Sworn Form Es and supporting documents are exchanged simultaneously with your spouse/civil partner. Exchange on a simultaneous basis means neither party can be influenced by what is written by the other.

Having received your spouse’s Form E, you will review this with your solicitor and raise any questions by completion of a Questionnaire. The Questionnaire is sent to the other party before the FDA.

2 weeks before first appointment your lawyer will file:

Cost estimates are included so that costs are at the forefront of each party’s minds.  Costs are updated at both the FDR and final hearing.

In some cases, it is possible to combine the FDA with the FDR appointment and use the first meeting to start negotiating towards possible settlement outcomes. This might happen if each party is confident they understand the full financial picture and no further evidence is needed.

The aim of the first appointment is for a judge to determine what needs to be done so that all relevant information will be available for negotiations at the next hearing. The parties will not normally speak in court. This will be done by your solicitor/barrister.

The meeting is typically a short meeting. The judge will order:

The judge sets a date by which time any additional information is to be made available.

The judge will set the date for the next meeting, the Financial Dispute Resolution (FDR) hearing, which is normally three to four months after FDA.

This meeting is held in court with a district judge present. The aim is for both parties involved to settle the finances by agreement, without the need for a court trial. The parties have an opportunity to get independent judicial opinion without the need for full trial. The judge cannot decide the case at FDR but if the parties reach agreement the judge can make an order by consent.

If the parties can’t agree on a particular issue the judge can offer a neutral evaluation as to likely outcomes if the matter went to a final hearing.

Most negotiations are outside the court between lawyers on behalf of the parties. The judge will be made aware of offers and proposals made. The parties will normally negotiate between themselves with the judge calling everyone back two to three times during the course of the day to see how matters are progressing.

The parties do not give evidence at the hearing although they may be asked questions directly by judge.

The FDR meeting is “without prejudice”, which means that anything said in the court that day cannot be referred to if the case proceeds to trial.  Therefore each party can aim to settle without the fear any concessions will be used against them at a later date. If the case does proceed to a final hearing a different judge will hear the case to the judge who sat at the FDR.

Once the judge feels they have enough information, he will give an “indication”, explaining what outcome he would order if in the position to decide the case.

If settlement is reached, your legal representatives will draw up a document recording the agreement, which is to be signed by all parties.  This will be turned into a court order.

At any time before the final hearing it is possible to reach an agreement and prepare a consent order for the judge to approve.

At the final hearing each party sets out its case, and both parties will give evidence on oath. Any experts may also be questioned.

After all the evidence is heard the judge makes a final, binding order detailing how all finances to be dealt with. Both parties will be bound by this decision.

If you are going through a divorce and need help with your financial negotiations please call me on 01932 698150 for a confidential chat.