Don’t spend it all on shoes and handbags! 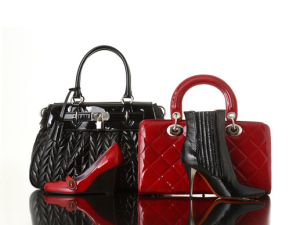 I’ve recently worked with a lovely lady to do her financial plan- let’s call her Gillian. What she told me in our first phone call absolutely astounded me. It’s not often I’m lost for words, but I was on this occasion.

Gillian had savings in her bank account and in various deposit accounts and was unsure whether she should use the savings to repay her mortgage early rather than keep them on deposit.

She’s aged 59 and is looking to retire as soon as she can afford to. She has a “hobby” at the minute which she is hoping to turn into a proper business but needs to devote time and effort to it. Working full time, she just couldn’t find the right time to spend on this.

Her thinking was that if she had her mortgage repaid earlier than scheduled it would reduce her monthly outgoings and therefore could give her the option to leave work sooner than anticipated. Very smart thinking, in my mind.

She went along to a meeting with her bank manager, armed with all her facts and figures to seek advice and help in making this decision. However, when she raised the query with her (male) bank manager as to whether she should reply her mortgage early, his comment was “No, don’t do that, since you may just spend the extra money each month on shoes and handbags”

In his defence, he said this as a joke. But the fact is she’d never met him before and actually in the context in which it was said, it was patronising rather than funny.

No wonder she came looking for me!

The work Gillian and I did together showed her that she could retire at 62, rather than age 66 which she had been expecting. She could use her savings to fund the shortfall in her income until her pensions commenced.

She didn’t have such a large amount of savings that she could lead a particularly lavish lifestyle. But in fact that was fine since that wasn’t what she wanted. She had a simple lifestyle with reasonably low spending. Like many, her indulgence was travel and holidays. Therefore, we increased her travel budget from her retirement age up to age 75, to ensure she could spend additional time travelling in the earlier years of her retirement.

Doing this work together was hugely exciting for both of us. Gillian was delighted with her final plan, and I was delighted we came up with something which awed her to achieve her goal.

“I have really appreciated your guidance and advice through such an interesting exercise and consequently feel a completely different level of confidence about embracing the next decade or two than I did before we began.

It must be very satisfying to know you’re empowering people and transforming how they feel about managing their finances. Thank you so much.”

I’m delighted there are bank managers around like Gillian’s. Without his comments she may never have looked for me, and would be planning to work until age 66, rather than planning her new venture. Our financial plan did not include any income from her new business since that is too uncertain at this stage. But Gillian is so excited by it that she wants to spend time on it, even if it doesn’t generate any income.

What is it that you would love to do, if you knew you could afford to? Email me at mary@wealthforwomen.biz to tell me. I’d love to hear from you.