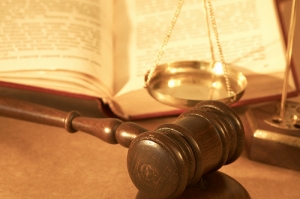 Divorce is the ending of the marriage. Sorting the finances is a separate issue. It is not unusual for the legal process to be finalised before the financial settlement. However, since some provisions cannot be altered after the Decree Absolute this part of the process is often delayed until all issues are agreed.

To be granted a divorce you must have been married for at least a year (or two years in Northern Ireland) and your relationship needs to have permanently broken down. The marriage must be recognised as valid by UK law and you must meet rules as to how long you’ve been living in the country.

The only grounds for divorce are the irretrievable breakdown of marriage. You must show the court that the marriage has irretrievably broken down and that there are good reasons to end the marriage.

Under The Matrimonial Cause Act 1973 irretrievable breakdown is proved by reference to one of five factors:

To start the divorce process one spouse (known as the petitioner) must file a divorce petition with the court, and advise the reasons why they want the marriage to end. If there are dependent children in the marriage, the petitioner must also file a Statement of Arrangements for Children.

Having been served the papers the respondent returns the Acknowledgement of Service, to confirm that they have received the petition and confirm whether they intend to defend the divorce. The court will send a copy of the Acknowledgment to the petitioner.

The petitioner now files an affidavit with the court confirming the details in the divorce petition are correct and that the signature on the Acknowledgment of Service is that of their spouse.

Once the affidavit is sworn it is returned to the court and the petitioner will then apply to the court for the court to decide whether the divorce should proceed.

If both parties agree to the divorce

This is the first stage of the legal dissolution of the marriage, but the Decree Nisi does not end the marriage.

If the petitioner does not make the application, the respondent can apply at any time after four and a half months of the Decree Nisi date.

Once the Decree Nisi has been pronounced an order about financial matters (i.e. the consent order) can then be lodged with the court.

If one spouse doesn’t agree to the divorce

If one spouse doesn’t agree to the divorce that party will file papers called an Answer in court, and state why they don’t agree that the marriage has broken down.  If the situation cannot be resolved a court hearing may be necessary where a judge considers the petition and decides whether the grounds are accepted.

If the court agrees to grant the divorce they will grant a Decree Nisi. The procedure is then as above.

If you are going through a divorce and need help with your financial negotiations please call me on 01932 698150 for a confidential chat.